Facebook has announced that KLM’s Messenger bot is already up and running for some users and will roll out more widely soon: 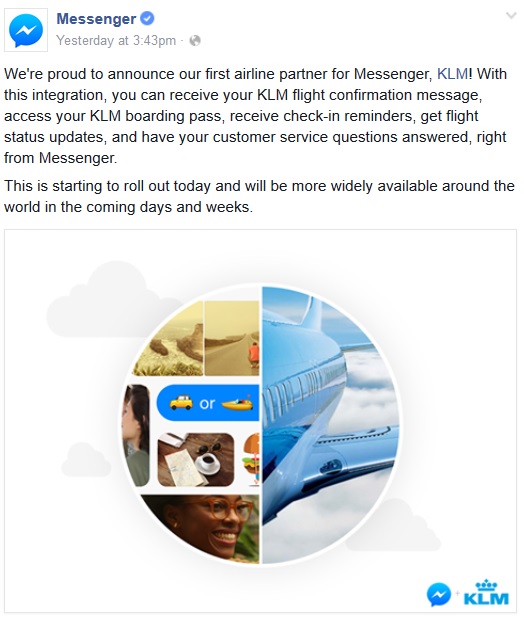 This bot allows you to:

There are some speculations saying that Facebook Messenger will release some bot API (similar to Telegram) on his F8 conference on April.

In December 2015, Uber announced integration with Messenger via a new Transportation feature, which lets customers book taxis and receive live progress updates from within a chat thread.