How much time does Telegram take to release the source code?

Latest version of Telegram’s source code has been released, so we bring you a comparison where we can see the time interval between the android update on Google Play and the publication of the source code later on. 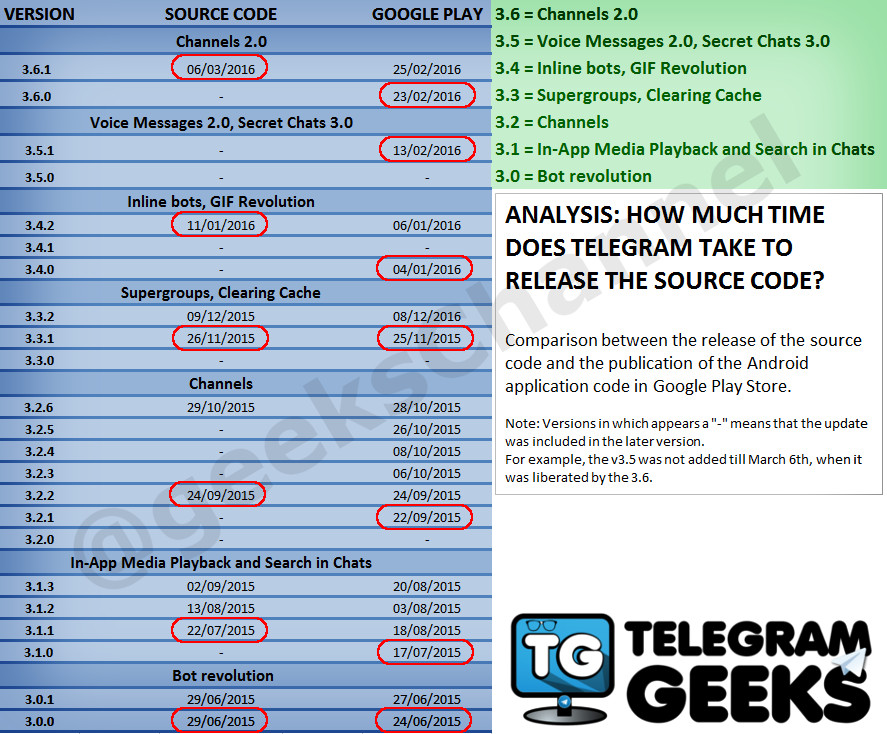 Note: Versions in which appears a “-” means that the update was included in the later version.
For example, the v3.5 was not added till March 6th, when it was liberated by the 3.6.

There have been several complaints from developers and users of unofficial apps like plus messenger, so we collected all these data.

Actually, Telegram has normally released the source code within 6-7 days after launching the official update, except for versions 3.5 and 3.6. For unknown reasons they have been released after 22 and 12 days respectively.