This is the final part of a tutorial: How-to create your own bot using TeleSeed. Teleseed is an advance Group Administration Bot based on yagop telegram-bot licensed under GNU General Public License.

This tutorial is divided in three parts:

It’s very easy, and it will help you managing your groups. The official bot is @teleseed, and you can follow its channel in @teleseedch and read news about the bot. Let’s start!

Here we will teach you to use the bot commands. We interacted with teleseed bot, but you have to interact with the bot you created.

You can use !command or /command.

Set the text of rules, about, show the settings and set the flood (number of messages sent by an user in a row). 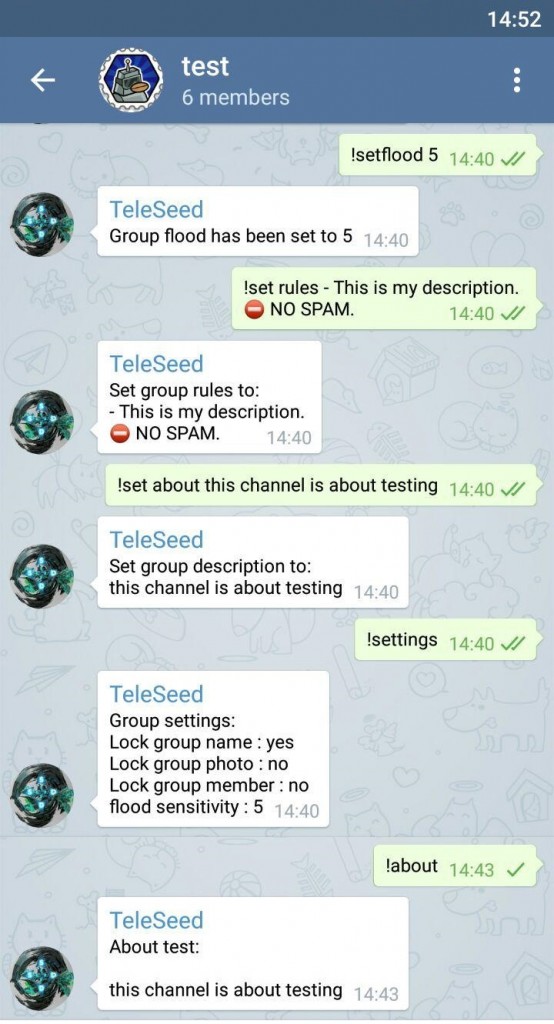 Kick some user of the group. 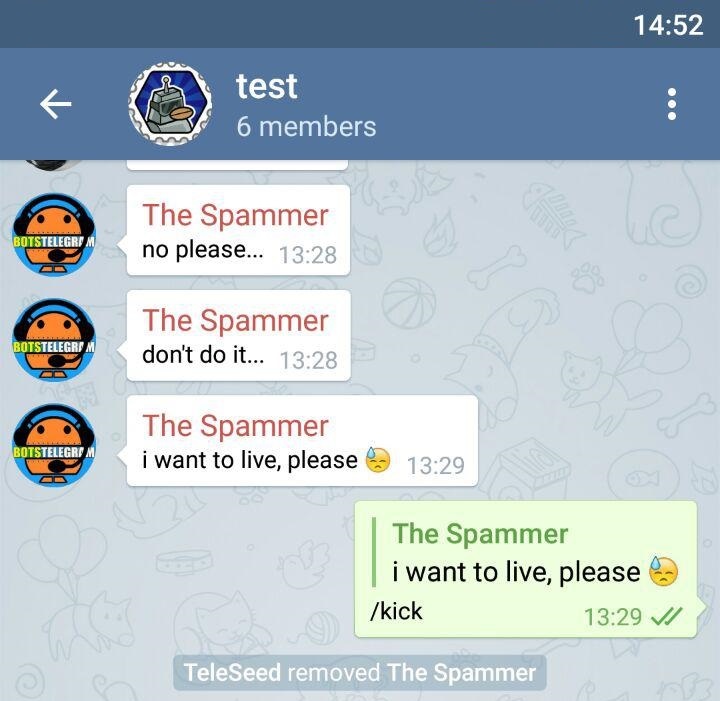 Ban someone, he will be kicked by teleseed again.

Change the photo of the group, and lock it. 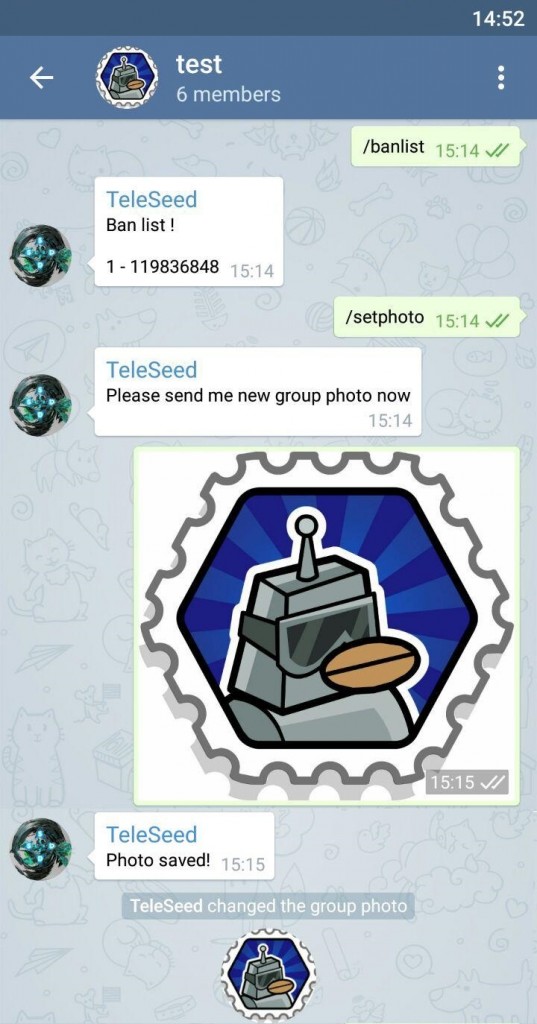 If someone try to change the image, teleseed will automatically revert it. 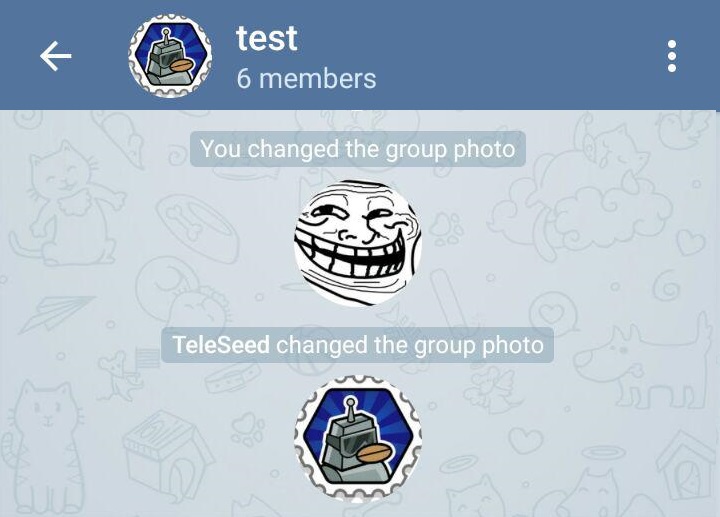 Show the link to the group: 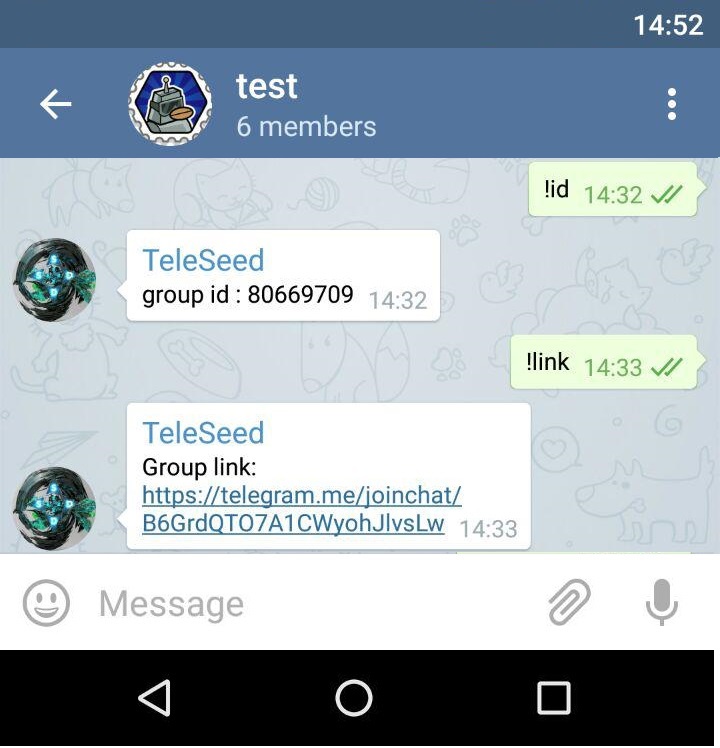 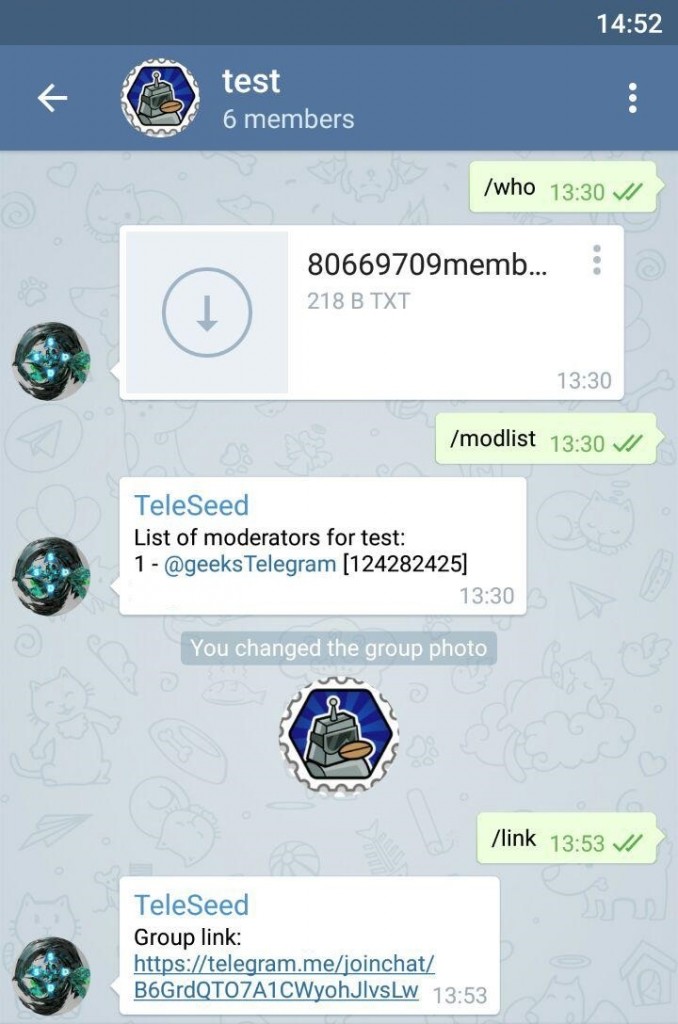 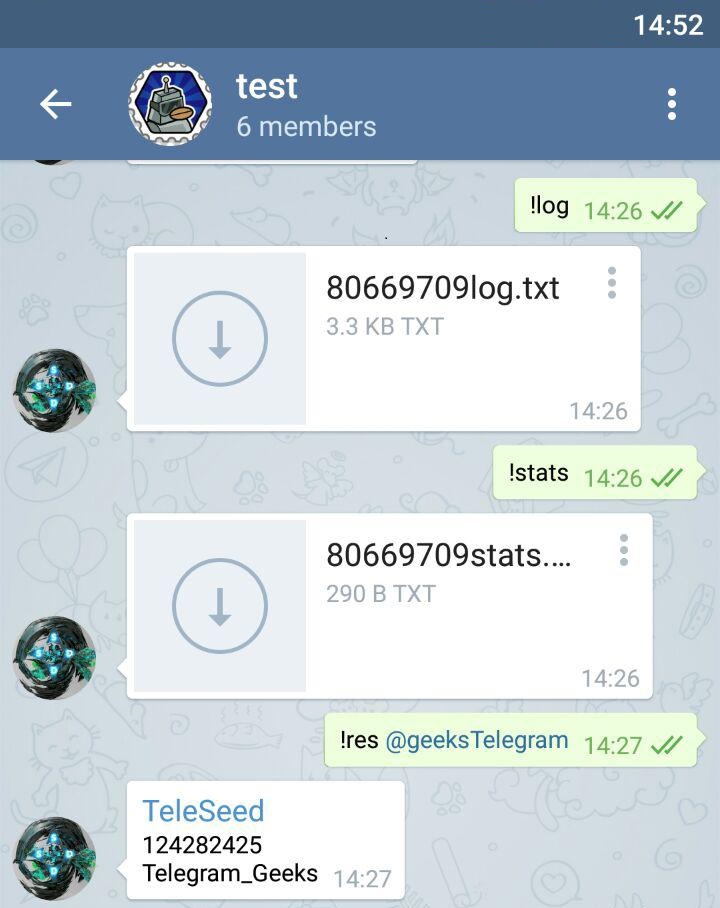