Kik Messenger launched a bot store one week before Facebook is expected to launch a bot store.

Kik bots launched with 16 introductory bots for everything: from shopping to searching for animated GIFs. Bots right now might seem basic, but there are a lot of smart minds who see the potential for them to do a whole lot more in the future. 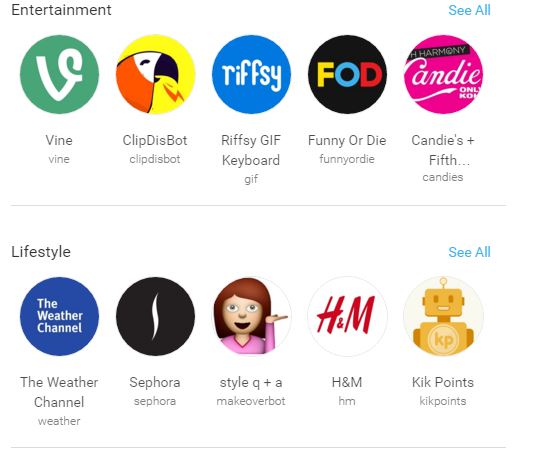 Kik will still approve each bot before it appears in the bot store.

Kik it’s offering an API so that any developer can build a bot within the app.

Kik will also partnerships with third software developers that will help convert apps to bots.