Yesterday some rumors on the internet were saying that 30% of Telegram data is hosted in Iran, the rumor source is a tweet from the journalist Omid Memarian (@Omid_M), refering to “Iran’s ranking Cyberspace“.

In reaction to this, Telegram officially confirmed on twitter that they don’t have any servers in Iran and they are not going to get any.
Additionally, they confirmed all the Telegram users data for Iranian users is hosted in Amsterdam. 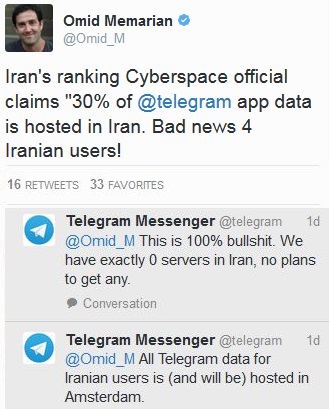 Pavel Durov, Telegram founder, also joined the conversation and confirmed that Telegram has not entered any agreements with any government and they have no plans to. 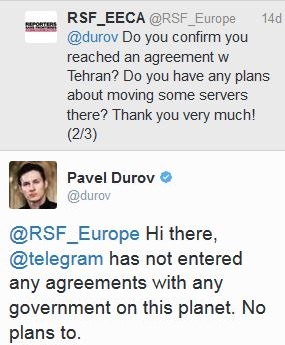